Strange Yesterday, Not So Strange Today 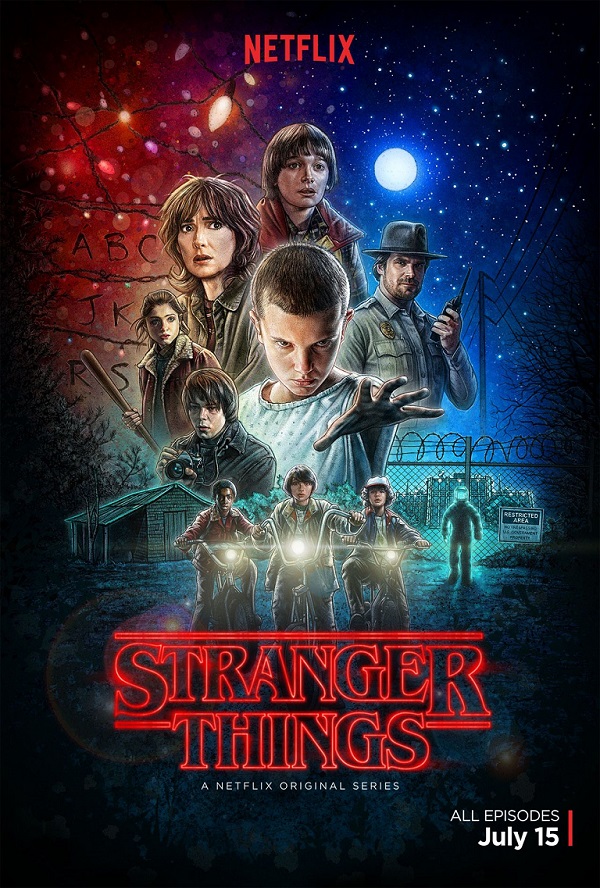 Stranger Things is possibly the perfect title for Netflix’s popular series. It so accurately describes Netflix and the Duffer Brothers’ eight episode homage to the best of 1980’s science fiction. There are indeed stranger things than what they have presented. The recent trend has been to take stories and characters strait out of the 1970’s and 80’s and produce them into multi-million dollar blockbusters. Stranger Things approaches this idea a little differently. Most productions are focused on using the characters or stories from over 30 years ago, and moving them to a more modern setting. Stranger Things has gone the opposite direction and taken a more modern story and moved it to a 30 year old setting. Stranger Things has received praise from critics and fans for its dedicated 1980’s style and possessing a story that is deeper than it appears. Is Stranger Things a true blockbuster for the ages or is it simply another way to capitalize on 1980’s nostalgia?

Stranger Things quickly makes it patently clear this is a 1980’s style science fiction series. The setting, locations, music, even the cinematography perfectly captures the 1980’s aesthetic. Stranger Things makes heavy use of well known 80’s stories and ideas in the opening episodes. This makes it easy for older viewers to fall into a comfortable nostalgia trip to their youth. At the very same time these ideas are classics because of how well-crafted they were to begin with. The timeless classics referenced also easily catch the eye of younger viewers. The full tilt dedication to the style of familiar 1980’s classic shifts the focus to the new characters and story. Much of these first episodes are composed of tried and true elements so what we remember are the few new ideas presented.

They take concepts from 80’s classics and turn them on their end. Trivia fans can have fun matching what scene came from what 80’s property.

Stranger Things new ideas are minimal but are also profound. We know the characters: the close-knit friends, the single mom, the cop with a dark past, and the secret government officials. What makes these characters unique are their actions. Let’s be clear, the characters do not always act in unexpected ways, and often behave just as you might expect. However there are little moments sprinkled throughout the series that keep you on your toes. Characters will occasionally break free of the molds we have become so familiar with. Time and time again viewers will observe the actions of characters, expect a predictable result, and get something else. Stranger Things’ small changes work well because the expected result is not always wrong but often twisted in a way that makes it unique.

It’s sort of a Schrödinger’s cat approach to storytelling

Stranger Things adheres well to an age old concept that many film and television makers often forget, less is more. An eight episode series presents hours of time to open and close ideas. It also brings just has much time to create plot holes and unresolved story threads. Many elements in Stranger Things have been parts of film and television for decades. There’s no expectation for a explanation and this works as an advantage. Just as with the characters, viewers will begin to anticipate where plot points will lead before they happen. Stranger Things excels at giving just enough information to infer where the story may be going, but leaves it vague enough that multiple logical conclusions can be drawn. More often than not it’s not apparent until moments before which direction the story has gone. It’s sort of a Schrödinger’s cat approach to storytelling. The viewer has several pretty good ideas of what is about to occur but it’s not until the actual reveal that all the possibilities collapse into the actual result. Stranger Things’ use of this storytelling style plays a huge part of what makes it enjoyable to watch. Nearly every episode ends in a fairly open ended cliff-hanger. Even film buffs that know the industry inside and out can occasional be surprised by the story and it drives viewers to watch the next episode.

Stranger Things has garnered  much critical praise and fair bit of criticism. I believe where the criticism is aimed is much of what makes it so enjoyable.  Stranger Things draws heavily on classic 1980’s science fiction and culture while utilizing more modern and complex characters and storytelling. There is no denying that the 1980’s vibe is laid on thick but it doesn’t take away from what makes the series great, and often aids it. By the end of the series the settings don’t feel like a grab at 80’s nostalgia. The 80’s settings feels like a love letter to science fiction classics in an original manner. The characters are familiar and feel comfortable, but are unique enough to keep your attention. Viewers are kept engaged  by deliberately leaving questions unanswered. You’ll want to immediately start the next episode to find out what happens next.

Small, nuanced, differences make a world of difference. The title Stranger Things  so accurately represents the product. More strange things than Stranger Things have been made, but that doesn’t mean this series isn’t excellent. Creating an entirely original concept from top to bottom is a tall order. Very few, if any, writers are up to the task of creating entirely original ideas. Even the great filmmakers of the late 70’s and into the 80’s wholly admit to drawing from prolific works from their own past. A great series like Stranger Things is not defined by the volume of new and original ideas presented. When striving to make something great it is easier to stand on the shoulders of giants and fold in a small collection of your own vision. Combined together you can create something that may not be all that strange but is undeniably a pleasure to behold.

« Where in The Cloud is My Data?