The massively multiplayer online (MMO) game “Star Wars: The Old Republic” released the new expansion “Knights of the Fallen Empire” on Tuesday, Oct. 27th­. The expansion included a substantial, and mandatory, update for all players regardless of which expansions they have installed. The long list of small and large changes are being marketed as a “…return to our BioWare storytelling roots,” by BioWare Senior Producer Bruce Maclean. Much of the core elements of gameplay have been modified including how characters level up and progress through the game. These changes look to be made in hopes of attracting new players. Some players are already praising the modifications as a breathe of fresh air while others criticize them, claiming BioWare are destroying much of why players choose MMOs over single player games. The MMO landscape has changed drastically in recently years, a refreshing take on the traditional MMO may be welcome. However are the changes presented by BioWare what the genre needs or are they just alienating a dedicated audience.


Since the release of “Star Wars: The Old Republic” in 2011 the game has been on an almost constant cycle of modifications and additions in a desperate bid to attract and retain players. Unfortunately for BioWare they were fighting an uphill battle from the start. Not long after the release of “Star Wars: The Old Republic” the entire MMO genre hit a peak in sales and has been struggling to keep players since. Even long time MMO leader “World of Warcraft” retains only a fraction of subscribers it once had. Not coincidentally Blizzard’s “World of Warcraft” may have been a large driving force for competitors like BioWare to make drastic changes. 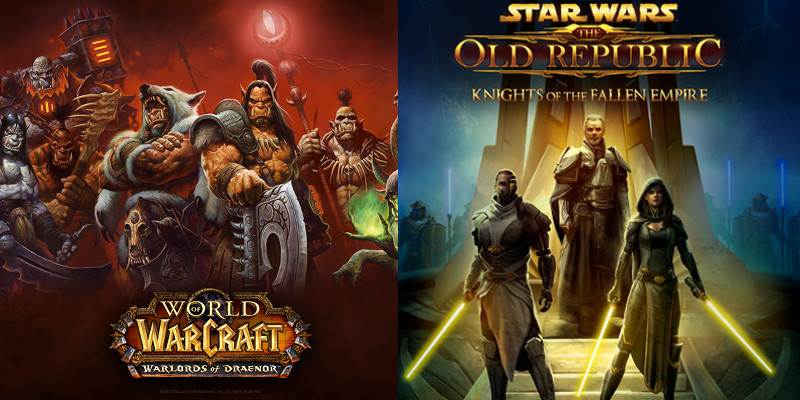 The “Knights of the Fallen Empire” expansion for “Star Wars: The Old Republic” shows that BioWare made the decision to venture off in a new direction for MMOs. In many ways the update has made “Star Wars: The Old Republic” more similar to single player role playing games. Previously each character class had a unique primary stat and players would seek out items and gear to enhance that specific stat. With the “Knights of the Fallen Empire” update every classes’ primary stat is now “mastery” making all items and gear more likely to prove useful to any character. The speed a character levels has also increased and more options were introduced enabling easier solo play. Players may now have any of their AI companions take on any class role such as a tank or a healer. Critics of the update assert that moving towards mechanics more similar to single player role playing games defeats the purpose of playing MMOs. There is fear the simplification of primary class stats over homogenizes the gameplay and destroys much of the diversity found in player versus player battles. Others have pointed out that real world currency has been spent by players to purchase companions of a specific class to compliment their character and the update marginalizes their purchase. The change in gameplay makes it clear BioWare is focused on attracting previous and new players to “Star Wars The Old Republic”. Specifically it would appear BioWare is looking to attract players who otherwise might not play MMOs. What BioWare has to face is whether the existing community for “Star Wars: The Old Republic” will accept the changes or if they will drive them away.

“Star Wars: The Old Republic” has faced mixed reviews since day one and it wasn’t a surprise that BioWare had big changes in store for the “Knights of The Fallen Empire” expansion. The number of players currently playing MMOs as a whole is shrinking and it makes sense for BioWare to try an convert non-MMO players. What is yet to be seen though is if these changes will be able to convert new players while maintaining the existing ones. With the popularity of MMOs fading what remains of the fan base are often choosing “World of Warcraft” over similar games that offer similar gameplay. It could be argued that had no changes been made to “Star Wars: The Old Republic” many of their players would have eventually moved to “World of Warcraft.” At the same time it is just as easy to say that what players “Star Wars: The Old Republic” did have were small but dedicated and the changes will drive away the only players they have. It is almost equally possible that we are seeing the foundations for how MMOs will be played in the future or the death throes of MMOs as we know them. The coming months will tell the tale here. Whether or not the drastic changes made to “Star Wars: The Old Republic” will prove fruitful for BioWare are yet to be seen.

« The Legend of Zelda: Ocarina of Time The Cloud, What Exactly is it? »